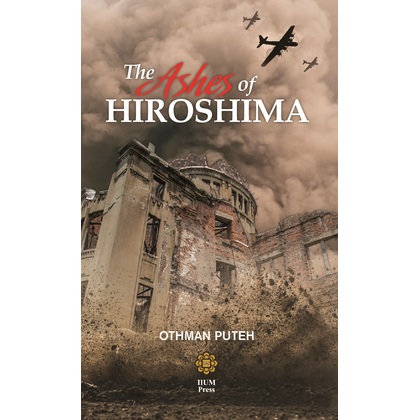 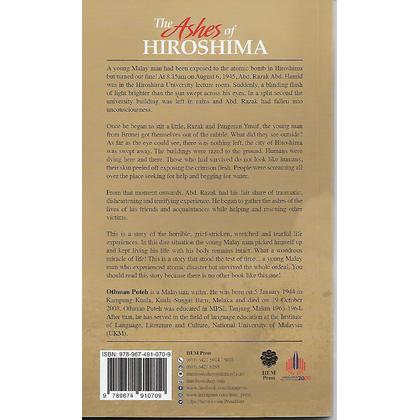 RM25.00
The Ashes of Hiroshima

A young Malay man had been exposed to the atomic bomb in Hiroshima but turned out fine! At 8.15am on August 6, 1945, Abd. Razak Abd. Hamid was in the Hiroshima University lecture room. Suddenly, a blinding flash of light brighter than the sun swept across his eyes. In a split second the university building was left in ruins and Abd. Razak had fallen into unconsciousness. Once he began to stir a little, Razak and Pengeran Yusof, the young man from Brunei got themselves out of the rubble. What did they see outside? As far as the eye could see, there was nothing left, the city of Hiroshima was swept away. The building were razed to the ground. Humans were dying here and there. Those who had survived do not look like humans, their skin peeled off exposing the crimson flesh. People were screaming all over the place seeking for help and begging for water. From that moment onwards, Abd. Razak had his fair share of traumatic, disheartening and terrifying experience. He began to gather the ashes of the lives of his friends and acquaintances while helping and rescuing other victims. This is a story of the horrible, grief-stricken, wretched and tearful life experience. In this dire situation the young Malay man picked himself up and kept living his life with his body remains intact. What a wondrous miracle of life! This is a story that stood the test of time… a young Malay man who experienced atomic disaster but survived the whole ordeal. You should read this story because there is no other book like this one!